About the TechWorks Gala Dinner and Awards 2021

We were delighted that our annual TechWorks Summit & Awards Gala Dinner beat the threatened Covid restrictions and took place, as planned, on Thursday 9th December 2021, at the Leonardo Royal Hotel London St Paul’s.

The event brought together hundreds of executives & professionals from across the industry, providing an excellent opportunity to network with industry leaders, meet new clients or host existing clients and build brand awareness.  At the dinner, we announced the winners of the TechWorks Awards – celebrating achievements & behaviours conducive to a healthy & vibrant industry.

Congratulations to all the winners of our 2021 Awards

Click on an image to see it full size 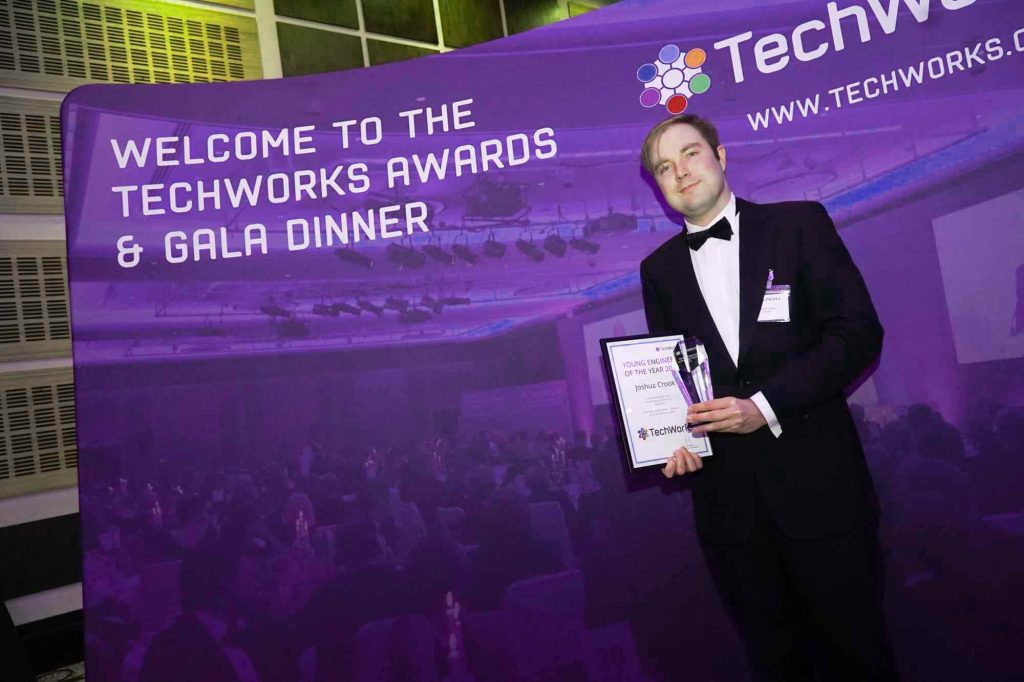 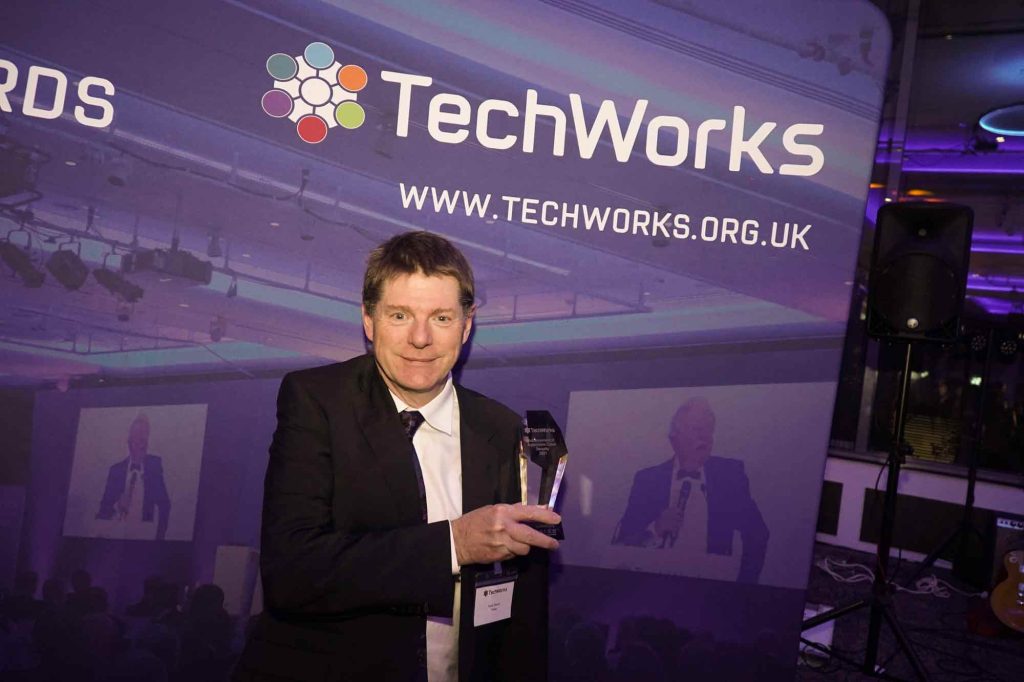 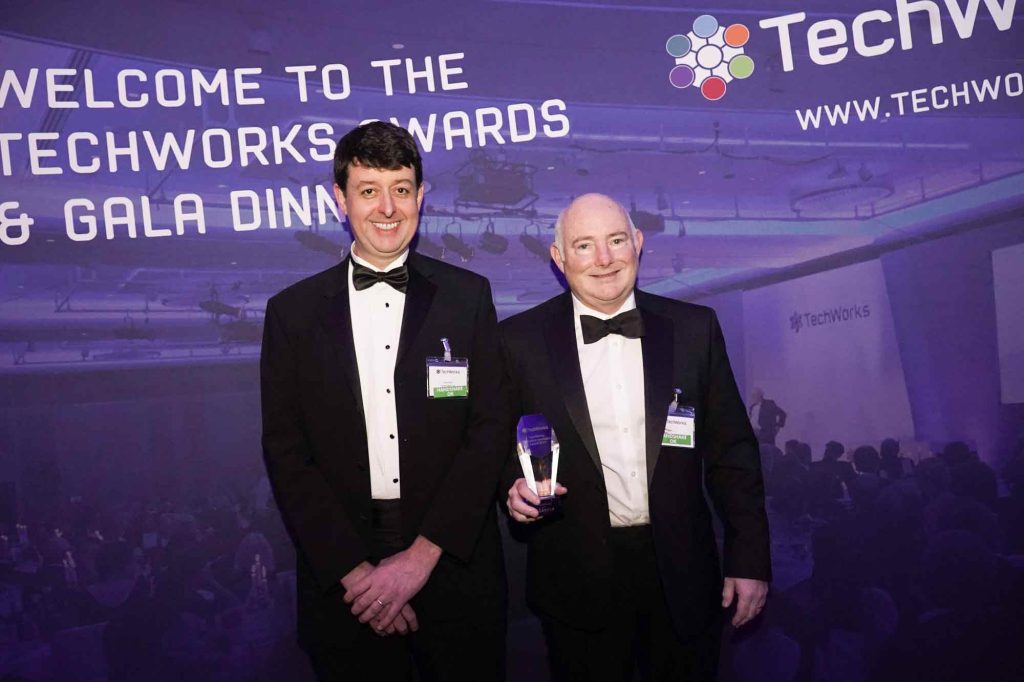 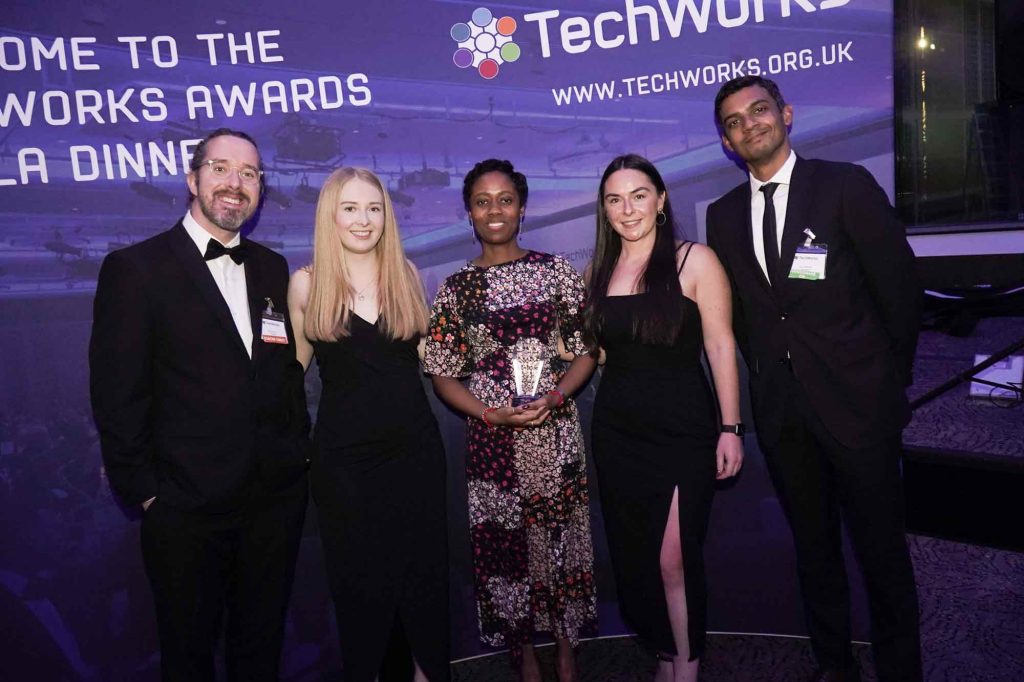 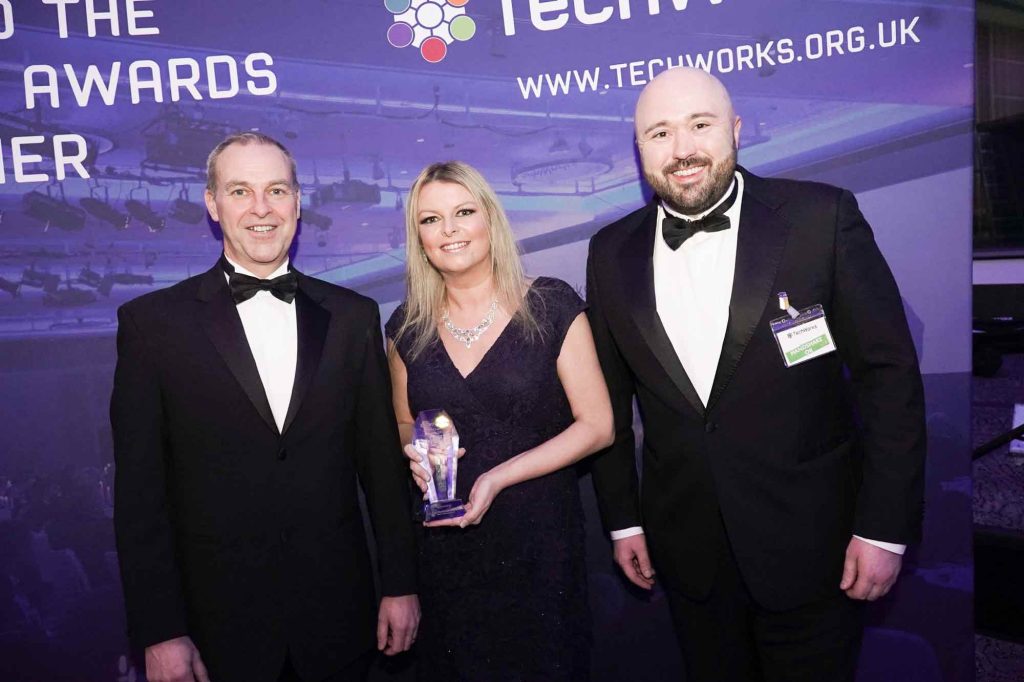 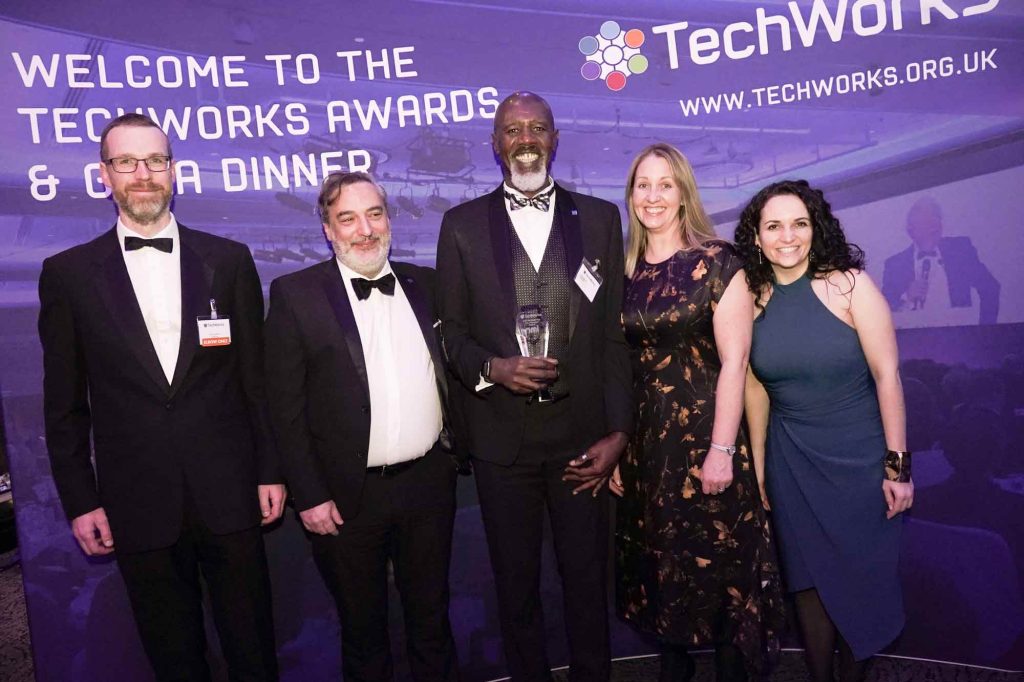 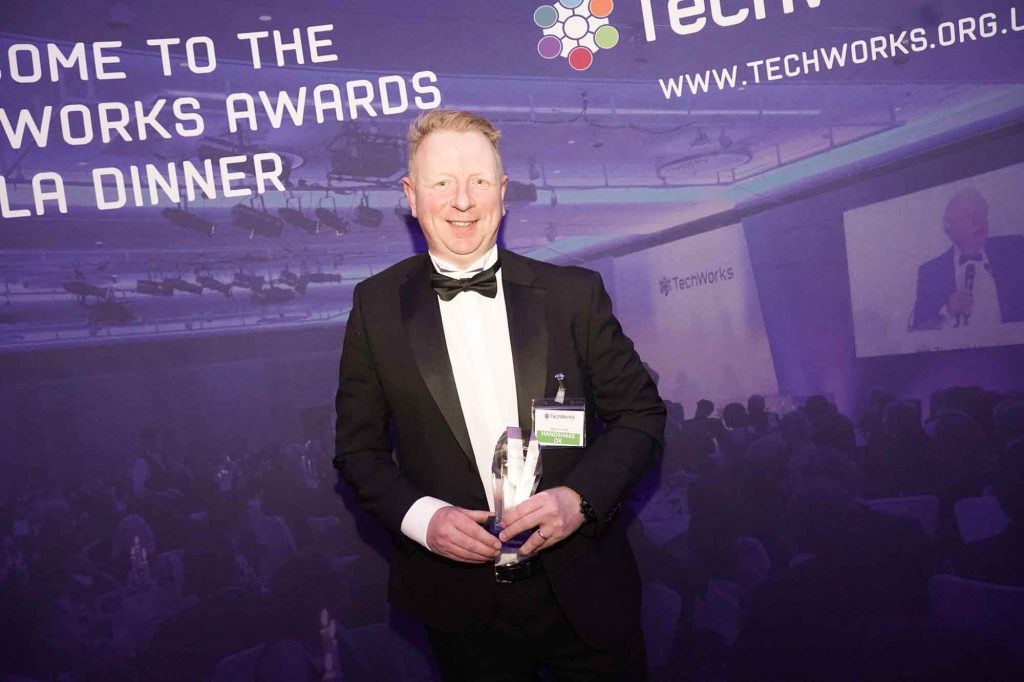 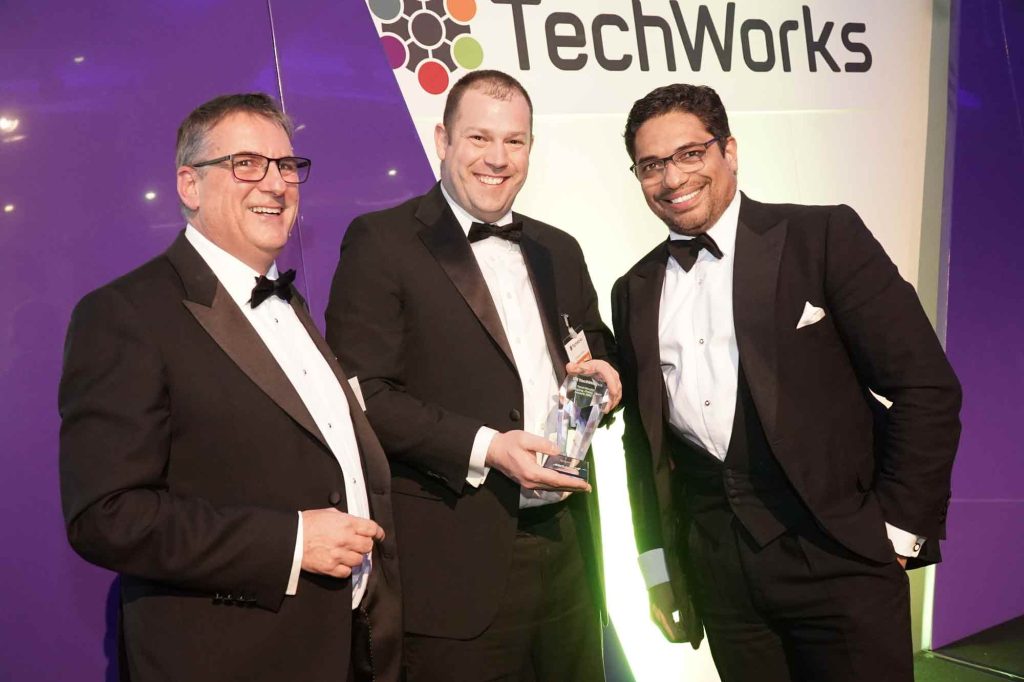 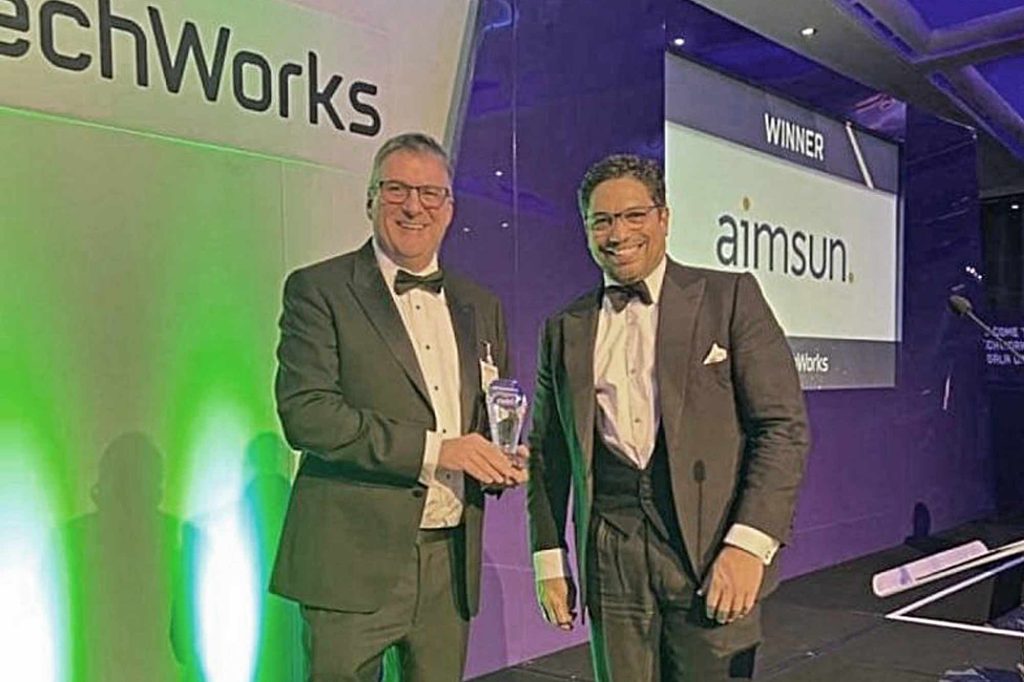 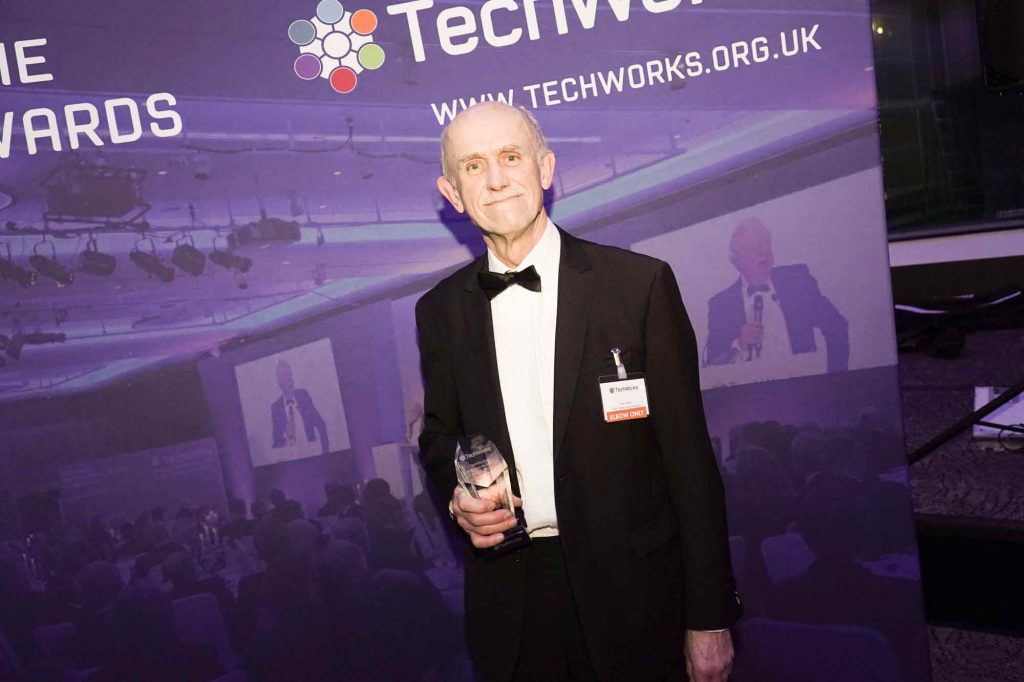 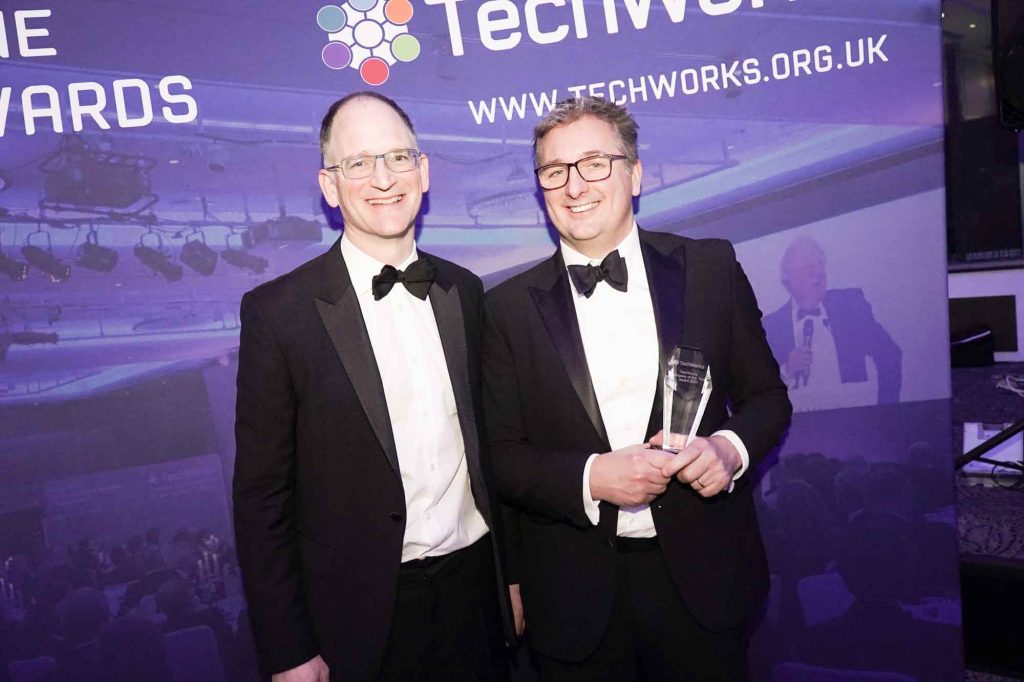 Congratulations to all our Nominees for this years awards

Thank you to our Sponsors

The Summit provides an invaluable opportunity to broaden your perspectives on current issues facing our industry.

This prestigious event brings together hundreds of executives & professionals from across the industry.

During the Gala Dinner, we announce the winners of the TechWorks Awards – celebrating achievements & behaviours conducive to a healthy & vibrant industry.

Apply for an Award

The TechWorks awards are open to all organisations active within the tech industry, with award categories to fit a wide range of sectors. They are FREE to enter, with a simple online process.

We invite organisations to submit a brief award application that demonstrates why your site has excelled, giving clear examples of success.

Applications for awards are now open.

APPLY FOR AN AWARD

The Hound Dogs are one of the best and most popular professional party bands around – they currently perform over 100 shows a year for private parties, weddings, corporate functions. Expect to hear a vast catalogue of songs from rock ‘n’ roll right up to modern classics. 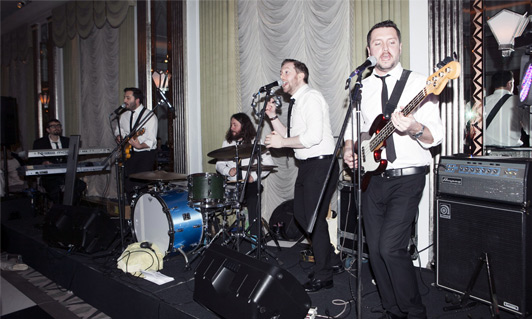 “The Hound Dogs are one of the best and most popular professional party bands around – we currently perform over 100 shows a year for private parties, weddings, corporate functions.

With a vast catalogue of songs from rock ‘n’ roll right up to modern classics played with high energy and more balls than a game of billiards, expect to hear hits from bands from The Beatles to The Killers, Elvis Presley to The Kings of Leon.

“The Hound Dogs are a hugely popular and well established professional party band, and the testimonials left by their long list of very happy clients have a lot in common – they all speak of the music being brilliant, getting everyone dancing and the professionalism of the band at every stage of the booking.

Their live videos are great and give you a really good idea of the quality of their sound, plus they have optional DJ and acoustic packages too.
Worthy winners of the Most Entertaining Band!”

Piers Linney is one of the biggest names in British business. The visionary behind the #StartUp and #ScaleUp projects, the award-winning entrepreneur is transforming his influential career, as a serial founder and investor, into implementable advice for aspiring SMEs. READ MORE

Piers Linney is one of the biggest names in British business. The visionary behind the #StartUp and #ScaleUp projects, the award-winning entrepreneur is transforming his influential career, as a serial founder and investor, into implementable advice for aspiring SMEs. A self-made success, Piers has dedicated his later career to enabling others to do the same, through no- nonsense teaching, and his involvement in several non-executive roles. Named in 2018’s Top 100 BAME Leaders in Business, Piers’ impact is felt across sectors, and his inspirational work makes him a pillar of the BAME community, the ideal speaker to cover topics from corporate success to defying the odds.

Backed by his professional experience in law, finance and acquisitions, as a former Senior Associate at Credit Suisse, Piers left the payroll of others to pursue his entrepreneurial spirit. Co-founding his first technology based business in 2000 was swiftly followed by the technological crash, leaving Piers two options; to give up or step up. Choosing the latter, he has since gone on to forge an epic career investing and co-founding ventures in the tech and communications sector. Developing a reputation as unapologetically determined and resilient businessman, Piers was named the Black British Awards 2014 Entrepreneur of the Year and in the 100 Most Influential BAME Leaders in Tech, proving the impact of his work goes beyond corporate success, to redefining social diversity constructs.

Recognised largely in the media for his roles as a former Dragon on BBC’s Dragons’ Den, not only did Piers grow his company portfolio, by investing in the number 1 fastest growing company in Tech Track 2017, but his public platform. Infiltrating the mainstream media, strengthen by his appearance on The Secret Millionaire, Piers utilised his expanded profile to champion others to success. Through his speaking engagements, Piers transforms the futures of both individuals and companies across the size scale. Offering no-nonsense advice, guided support and first-hand experience, Piers captivates audiences with his innovative approach to business; collaboration, diversity and futureproofing are the keys to success. Why not follow the lead of others like Virgin Start Up, Sage UK and NatWest, by booking a bespoke keynote speech from Piers?

Driven by his desire to pave the way for others, Piers has sat on the Cabinet Office SME Panel and acts as a non-executive director of the British Business Bank, that facilitates more than £12 billion in contributions to SME developments. Similarly, Piers is a dedicated Trustee of the UK’s foremost innovation foundation, Nesta, with a £450 million endowment. Continuing to thrive in the world of business, whilst supporting the national and personal development of small businesses, Piers is an exemplary businessman, defining a generation of leaders.

Nestled beside St Paul’s Cathedral in London’s business district, the Leonardo Royal Hotel London St Paul’s is the ideal place for both business and leisure visitors to the city. Our London spa hotel with a 18m pool is a great place to unwind after a busy day of exploring the UK’s bustling capital, and each of the 459 guestrooms guarantees a good night’s rest.

The hotel is conveniently located just a five minute walk from Blackfriars station.

Looking for somewhere to grab a drink after a long day? The hotel offers an on-site bar, with a selection of tasty drinks. There’s also the St Paul’s Rena Health and Fitness Club, which gives our guests access to a range of luxury fitness services, including a fully-equipped gym, swimming pool, and the stunning Rena Spa. 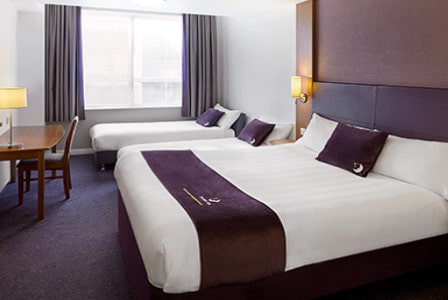 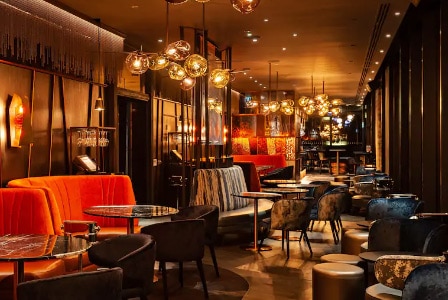